Re-thinking fundamentally a leadership for the circular economy: 5 Tips 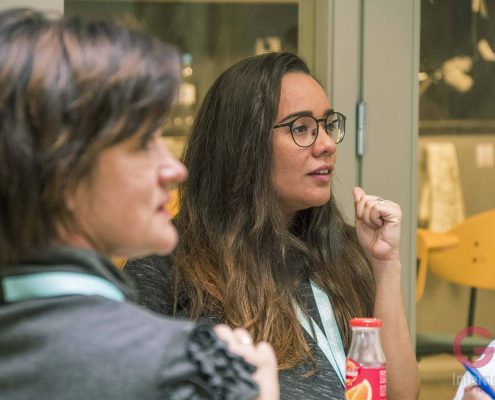 A small intimate group of un-likeminded people came together to do some re-thinking, and the whole thing got them thinking, differently.

All along, decision-makers have been echoing in a common voice the need for “next generation leadership” with the willingness to make decisions on the basis of sustainability.

Yet, little or not enough is done to sharpen a talent pool ready to ride the numerous opportunities and tackle the wicked challenges the circular economy brings along.

To dissect and deep dive into this topic that keeps most CEOs awake at night, NELIS Nordics and GOInternational Finland co-organised an official side event to the World Circular Economy Forum on Wednesday June 7, at HUB13 in Helsinki, Finland, bringing together practitioners, policy makers and entrepreneurs among others.

The World Circular Economy Forum, the first in the world, was organised by the Finnish Innovation Fund Sitra, and gathered in Helsinki over 1,500 participants from over 90 countries. During three days, the experts and decision makers shared experiences on how businesses could increase their competitive advantage, add more value and push for more growth and jobs around the world.

The co-organiser, NELIS (Next Leaders’ Initiative for Sustainability), is a global network of sustainability practitioners. With its vision of ‘One World in Harmony’ and mission ‘to connect, inspire and empower a new generation of sustainability leaders across the world’, it enables each of these leaders to develop personally and professionally and help stimulate transformative change towards sustainability not only in a local context, but also as a global collaborative platform.

GOInternational Finland, on its end, helps value-driven companies that want to go global to improve their potential for expansion and growth. It has a particular focus on smart cities to foster co-creation and innovation.

That afternoon in that shared space, both from the format and the content of the session, 5 tips on leadership sprung up as great lessons to drive this new economy: 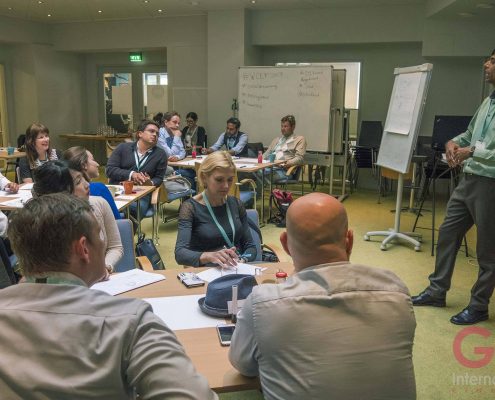 5. Group of un-likeminded people, with one common theme.

By default, the circular economy calls for collaboration across borders, co-ordination amidst a diverse portfolio of sectors, and simultaneous understanding of cultures and businesses.

The side event curated, by design, an audience of 25 leaders; young and old; leading specialist in circular economy to amateur; United Nations expert with decades of experience to emerging entrepreneur; senior public servant to experienced graphic designer etc.

While the diversity was mind-boggling, the commonality was around one thread – leadership, with an openness to discuss and vulnerability to share what matters most for them. Everyone involved was keen to discern better how leadership happens at different levels, including on a personal front.

4. Frame a context that eases people first then stretches them next.

Many people approach the circular economy concept from different entry or vantage points. One needs to figure this out at the onset, not to be on the wrong footing later on. A phased transition into the meat of the topic caters for the different paces of listening, coping and understanding. Food is always a  great opening, and targeted personal introductions are a nice follow-up for conversations to simmer and brew.

In fact, breaking the ice at the restaurant over stir fried mix vegetables in sweet and sour sauce, glass noodles, rice with shrimps, curry of chicken with pineapples, paneang curry of pork in coconut milk, tea, coffee, and biscuits allowed the group of initial strangers to ease into the topic at their convenience in space and time. A colourful buzz slowly took shape in the air, created by the diversity of minds around the buffet table.

Back in the Hub, for their opening remarks, Peter David Pedersen, Co-Founder of NELIS shared over a video call from Japan, the foundational values of NELIS, how the global network does its connection, inspiration and empowerment across the cultures, platforms and local contexts.

Shabbir Mohammad, CEO of GOInternational Finland explained his ideas on what constitutes entrepreneurship in the circular economy context, emphasising the importance of innovation and co-creation for businesses and its heterogeneous stakeholders.

Finally, Jovin Hurry, Core Team Member of NELIS Global and Leader of NELIS Nordics set the tone for the discussion and introduced the concept of deep thinking within a context of multidimensional sharing, away from the usual lecture or panel formats one commonly sees in events. The idea was to engage the curated audience by tapping into the crowd intelligence on what skills are needed for better leadership in demanding times. 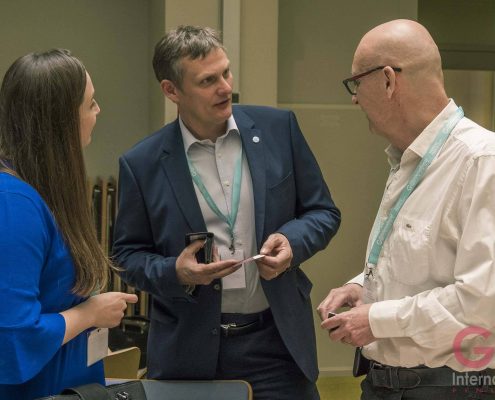 3. Get to know the leader behind the title.

It is all too common to easily box a person one meets, a client one wants to partner with, before one meets someone from a different field.

This practice of suspending one’s unconscious judgement on someone’s title was welcomed with an intense chatter among the participants following this question thrown at them:”What would be your own #hashtags for the #life you are #living?”

“#openness”, “#initiative”, or “#change” were found buzzing around. One was pleasantly surprised at how ideas and thoughts could coagulate and stream out into common themes from the diversity around.

This usually augurs well if partners are to discuss divisive topics in heated discussions when trying to find collaboration possibilities. Knowing the person allows one to check for motivations and feelings, that may well be different from the professional aura.

2. Audit the leader and the environment constantly, for weak signals.

A leader is always in the becoming stage. So is their environment. The circular economy environment only exacerbates this, given the panoply of social, business and environment risks at play, often at the same time.

Auditing constantly, observing keenly and being often mindful, help in gauging what is around, what is moving, and what is on hold. Problems have become wicked, morphing as landscapes alter at a whim’s notice.

The dividends are higher when this auditing is done by you and by others for you, at the decision-maker’s level of mental processing.

In that respect, the diverse mix of participants discussed their current leadership models for the circular economy. They analysed what is working in their respective institutions and heard the same from others. It was a rare opportunity to take time out their busy schedule to share strategies, legacy thinking and to question whether what got them where they are will get them to where they want to be.
To their framed question: “Leadership in the Circular Economy: What have we got so far?”, some brought in the challenge of not having enough women leaders in place, despite the motivation and eagerness to do so. Others reiterated the impact of poor communication down the hierarchical chain in a company, and still others lamented on the huge work to do with policy-makers to pay the true cost of natural and human resources.

1. Keep thinking of the impossible, even if it seems impossible at times.

At this time of political and economic uncertainty, strong and visionary CEO leadership is  essential to achieving the transformation needed to usher in the inclusive and sustainable economic growth that the SDGs represent.” Source: WBCSD CEO Guide to the Sustainable Development Goals.

A strong and visionary leadership comes about by pushing our mental stamina, exploring the boundaries of creativity and thinking anew to what we usually see and experience. This only makes sense if different results are expected.

In this respect,tired of current conference format for sustainability gatherings, sustainability expert Robert Bechtloff pitched his idea on a more efficient one. It is one that uses a year-long preparatory process, that brings in experts who understand current consumption patterns, e.g. psychologists, neuro-physiologists, sociologists, anthropologists.

As Robert puts it, It is one that also brings in influencers, e.g. leading journalists, party politicians willing to go beyond party politics, entrepreneurs who go the extra mile out of conviction, religious leaders, senior regulators, artists, athletes and other concerned celebrities.

It is one that he says pulls in those who understand change management processes from a business, macroeconomic and from a political process perspective, both academically and practically. The preparatory process would already bring experts from “silos” in a collaborative process, for example cradle2cradle experts with “designers for recyclability”.

He wishes to revisit all paradigms of the current CSR mainstream by looking where it hurts: e.g. post-growth agenda in the context of the global wealth distribution, analyzing the obstacles to change, as part of identifying risks in an objective-oriented planning exercise for achieving the SDGs and circular economy.

After the session, the conversations’ momentum continued for several participants. It is hoped that the mental stretch will sprout new ideas for each to bring home for the growth of new ideas and more impact in their local realities.