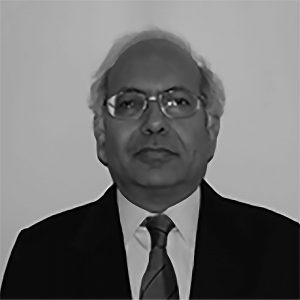 Mr. Ashok Kumar Sharma was Ambassador of India to the Republic of Kazakhstan from February 2011 to July 2014.

Ambassador Sharma did his Graduation in Economics and Statistics followed by Master of Business Administration from University of Delhi in 1978.

After working briefly in private sector and State Bank of India, he joined the Indian Foreign Service in 1981. During his diplomatic career, he has served in Moscow, Kuwait, Karachi, New Delhi, Mumbai, Toronto and Tashkent, before his posting at St. Petersburg (Russia) as Consul General of India (2002-2005). Between 2005-2008, he was Ambassador of India in Paramaribo (Suriname), concurrently accredited as High Commissioner of India to Barbados, St. Lucia and St. Vincent & the Grenadines.

He was a Faculty Member in the National Defence College, New Delhi from December 2008 to January 2011, where he guided over forty senior Defence & Civilian Officers from several countries for their M. Phil. degree in Strategic Studies.